CAS (Central Authentication Service) is an SSO protocol (Single Sign-On). The objective is to allow the user

CAS (Central Authentication Service) is an SSO protocol (Single Sign-On). The objective is to allow the user to enter various applications without the need to log in to each of them, but do it once.

Additionally, a Central Authentication Service (CAS) server helps facilitate certain processes, such as creating the login pages in our applications, CAS counts just one as a common one for all.

In contrast to this, if our CAS server crashes, users of our applications cannot access them unless they have a valid ticket for the session. Additionally, we have a common problem in all SSO applications and shared computers, users forget to close their open sessions. If you do not log out, users that come later to use the computer can access many applications as the other person, even different applications than the ones the original user accessed. 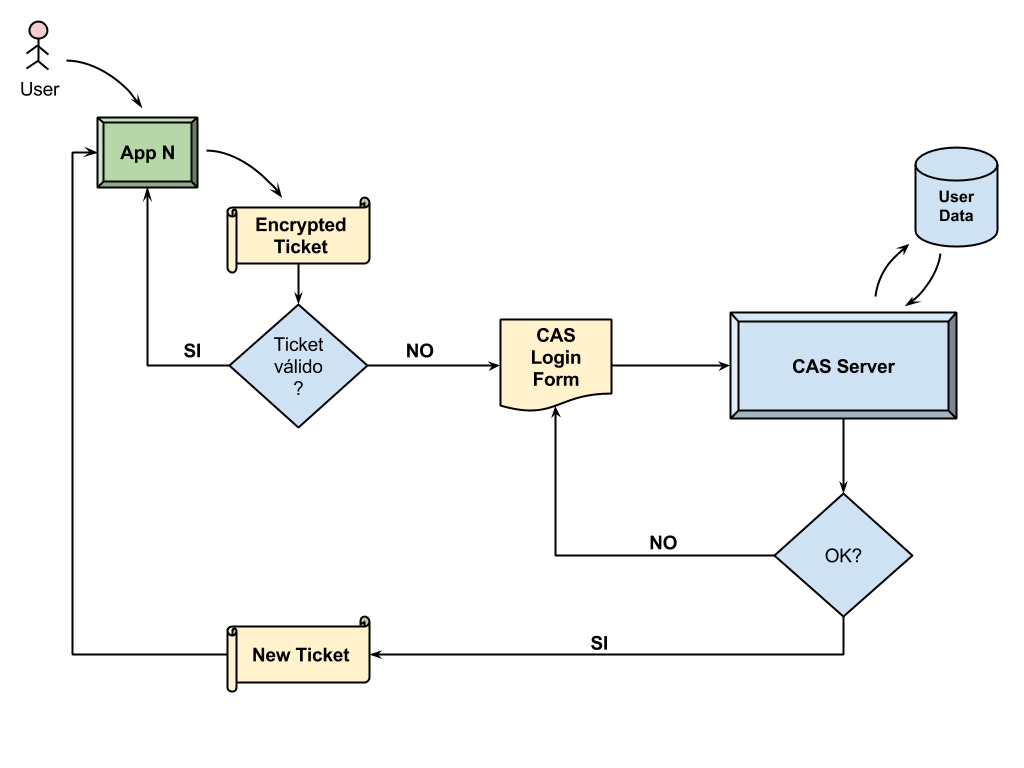 When implementing a CAS server we decided to use this link. One of the things we liked is how easy it is to configure. With just a few commands and a couple changes of the lines in the configuration files, we have our Central Authentication Service server running in minutes.

A great advantage of CAS protocol is that it does limit us in terms of which technologies we can use. The server and the clients can be implemented in different languages just like different customers can also be implemented in different languages. The important thing is for everyone to respect the protocol. The difficulty lies in the existence of customer deployments in the chosen technology and the limitations of it in case we have to do it ourselves.

In this particular case, we decided to create a Ruby application with Sinatra and thus use an implementation provided by the same people as the server. Here we show how to authenticate against the CAS server in 5 Simple Steps.